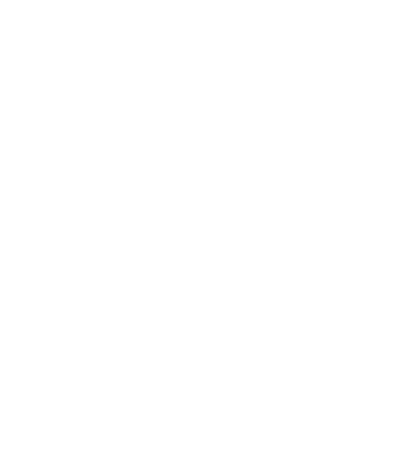 GET READY FOR AN AMAZING SUMMER OF FREE LIVE MUSIC IN 2017!

All shows are at Howelsen Hill in downtown Steamboat Springs. 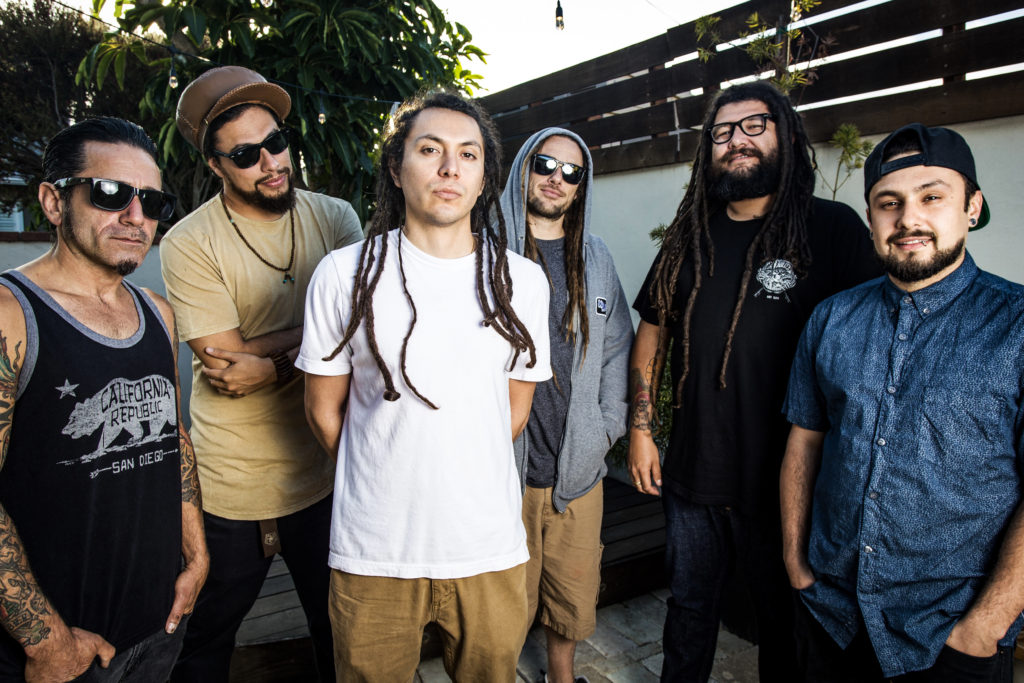 On May 13, 2014 Tribal Seeds released their highly anticipated fourth album, Representing. The new album debuted at Number 1 on the Billboard Reggae Charts as well as the iTunes & Amazon charts. The new album is sure to not only reaffirm but solidify their pioneering classic blend of Roots and new era Rock-Reggae. The album brings you 12 original recordings and features some of the genres favorite stars: Don Carlos, Mykal Rose, Kyle McDonald (Slightly Stoopid), Vaughn Benjamin (Midnite), New Kingston and the band’s own, Maad T-Ray and lead guitarist Gonzo. 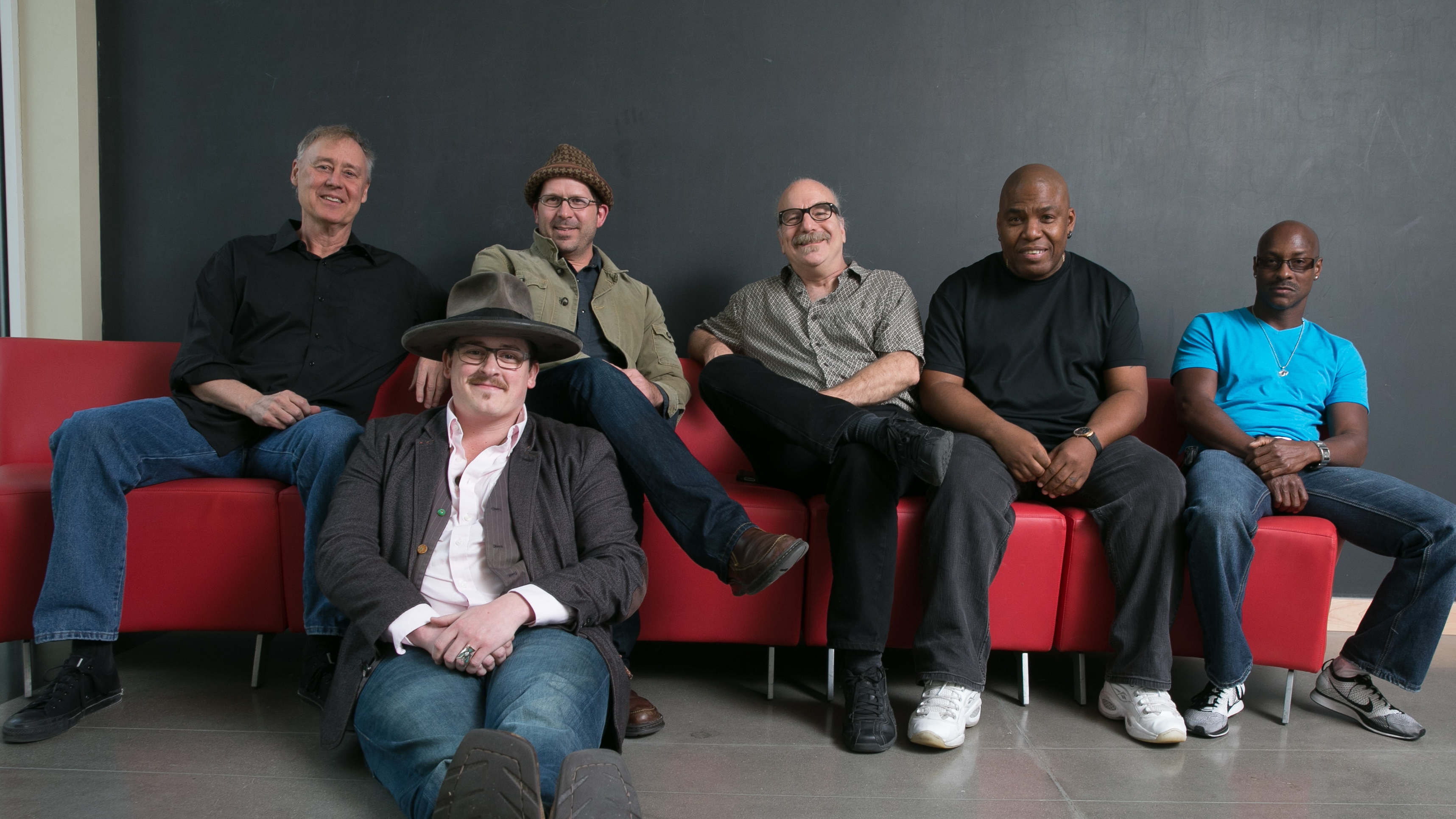 Possessed of a breezy, nonchalant style that belies his technical gifts, pianist Bruce Hornsby writes powerful songs from the heart that touch on several distinctly American traditions: pop, jazz, bluegrass, and ’60s soul. He worked for a while as a studio player and songwriter, and had his first hit in 1986 with the stirring and philosophical “The Way It Is.” After that, he continued to release albums that honored his own muse rather than the marketplace, and put together various backing bands to suit the mood and style of the genres he works in. Hornsby has also maintained a close musical relationship with the remaining members of the Grateful Dead, having toured as a temporary member in the early ’90s and collaborated on offshoot recordings and live shows.

Bruce Hornsby was born in Williamsburg, Virginia, and grew up in that combination college town and tourist center, later attending the University of Miami and the Berklee School of Music. He then spent years playing in bars and sending demo tapes to record companies. In 1980, he and his brother (and songwriting partner) John Hornsby moved to Los Angeles, where they spent three years writing for 20th Century Fox. There Bruce Hornsby met Huey Lewis, who would eventually produce him and record his material. Hornsby finally signed his band, the Range, to RCA in 1985. Their debut album, The Way It Is, was released in April 1986. It eventually produced three Top 20 hits, the biggest of which was the socially conscious “The Way It Is,” which featured Hornsby’s characteristically melodic right-hand piano runs. The album stayed in the charts for almost a year and a half and sold two million copies. Hornsby & the Range won the Best New Artist Grammy Award for 1986.

He finally turned in his fourth album, Harbor Lights, for release in 1993. This solo album, which did not feature his backup band, the Range, went gold, and Hornsby toured the U.S. and Canada through the end of the year. He followed it with a similar effort, Hot House, in July 1995, returning three years later with the double album Spirit Trail. Here Come the Noise Makers was issued in fall 2000. Since that time, Hornsby has released a handful of albums including Big Swing Face in 2002, Halcyon Days in 2004, the jazz-oriented Camp Meeting in 2007, and Levitate in 2009. Hornsby’s most impressive playing has arguably been in live settings, though, as illustrated by the two-disc set Bride of the Noisemakers (released in 2011 and featuring concert performances from Hornsby and his band the Noisemakers recorded between 2007 and 2009), which put the band’s impressive ability to jam in styles ranging from rock to jazz and bluegrass on full display. A live set with Ricky Skaggs, Cluck Ol’ Hen, appeared at the end of the summer in 2013. Another live album, a double-disc set called Solo Concerts, appeared on Vanguard Records in August 2014. In the summer of 2015, Hornsby reprised his role as keyboardist for the Grateful Dead during the group’s 50th anniversary reunion shows in California and Chicago. A year later, he and the Noisemakers returned with their fifth album, Rehab Reunion. 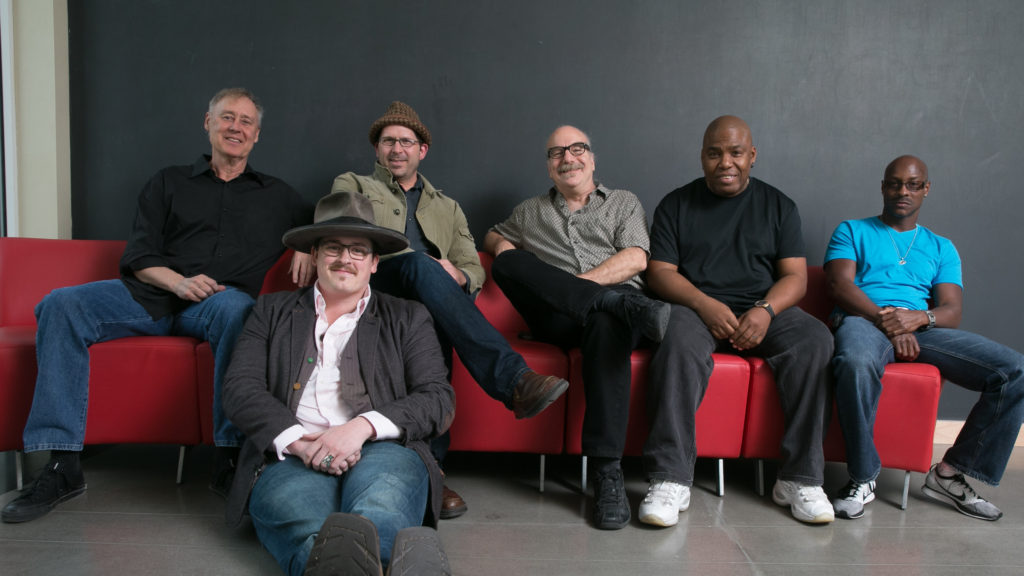 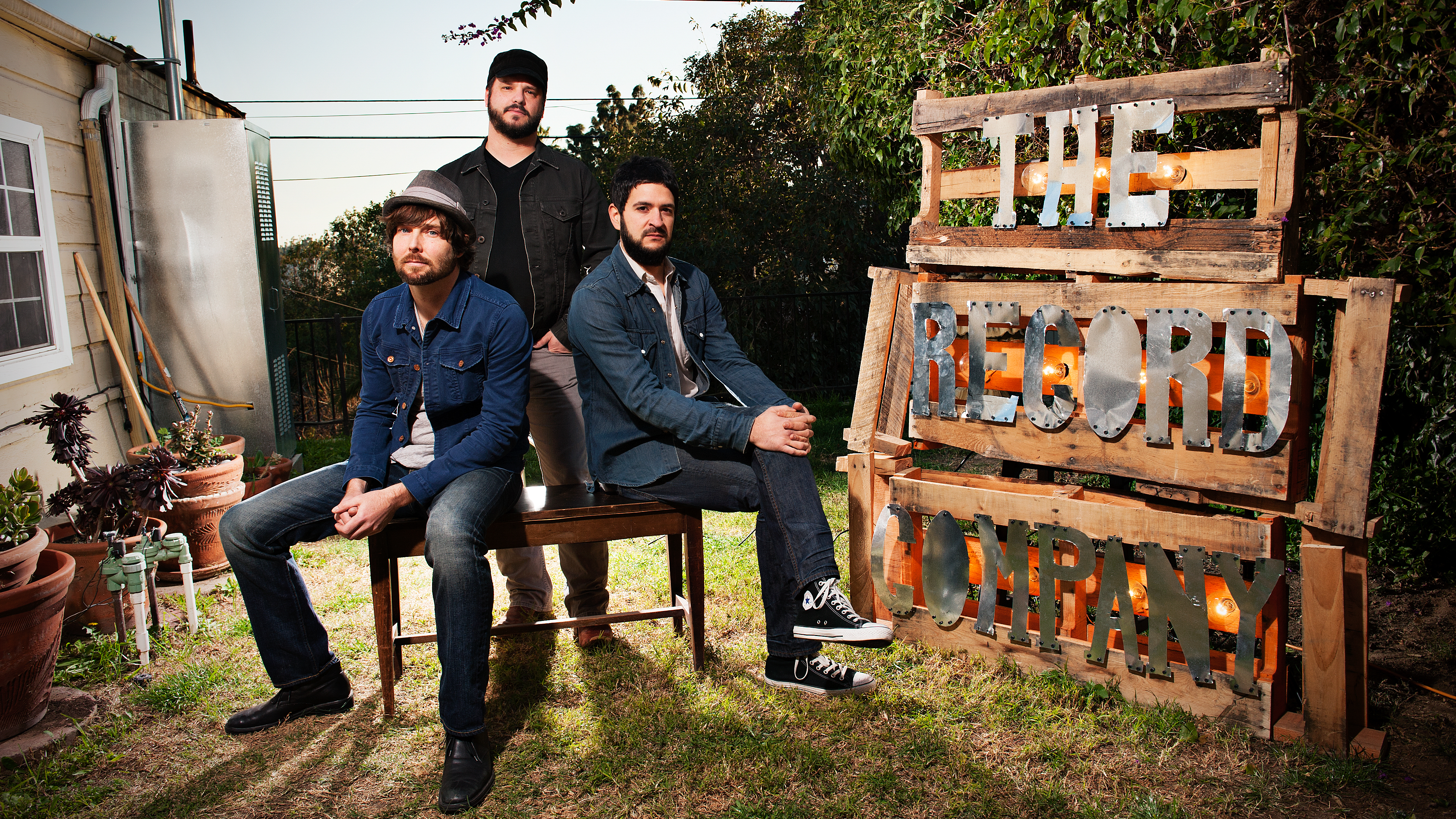 The Record Company are a swaggering three-piece rock band with a raw and rootsy sound, but don’t call them a blues act. “We tip our hat to the greats — Muddy Waters, Jimmy Reed — and carry a lot of the blues in our music,” said lead singer and guitarist Chris Vos in an interview with journalist Kate Wertheimer. “But we’ve got too much respect for the genre to lump ourselves into it. We’re more similar to an early rock & roll band.” The Record Company were formed in 2011 by three serious music fans who had each moved to Los Angeles from the Midwest and East Coast — Vos from Milwaukee, Wisconsin; bassist Alex Stiff (aka Alex Wood) from Wayne, Pennsylvania; and drummer Marc Cazorla from Elmira, New York. Stiff and Cazorla first met during their college days, when they both played in a rowdy blues band that often headlined at frat parties. Once he graduated, Stiff moved to Los Angeles, and after a spell in Nashville, Cazorla followed suit, and the two friends rented a house together to save money. Vos, who grew up on a dairy farm, followed a whim and headed to Los Angeles in 2010 with his wife, and he met Stiff and Cazorla after placing an ad on craigslist looking for like-minded music buffs. The three men struck up a friendship and would regularly get together to share favorite sides from their extensive vintage record collections over beers. The guys made the jump to forming a band when Cazorla bought a battered drum kit at a garage sale, and they figured it was time to start playing music rather than talking about it. After posting some rehearsal recordings on line, the trio, now known as the Record Company, began playing out, appearing at smaller clubs and record stores where the cover was low (or free) and curious listeners could easily check them out. The strategy led to the Record Company developing a significant following in their home town, and they graduated to larger venues and festival dates, as well as opening for the likes of B.B. King, Buddy Guy, Blackberry Smoke, and Social Distortion. In 2013, they put out a five-song EP, Feels So Good, that captured their rough-and-tumble sound on vinyl. In 2015, the Record Company took their sound overseas as they toured Europe for the first time, and that same year the group landed a record deal with Concord Music Group. Their debut album, Give It Back to You, was scheduled for release in February 2016. ~ Mark Deming, Rovi

Learn more about The Record Company. 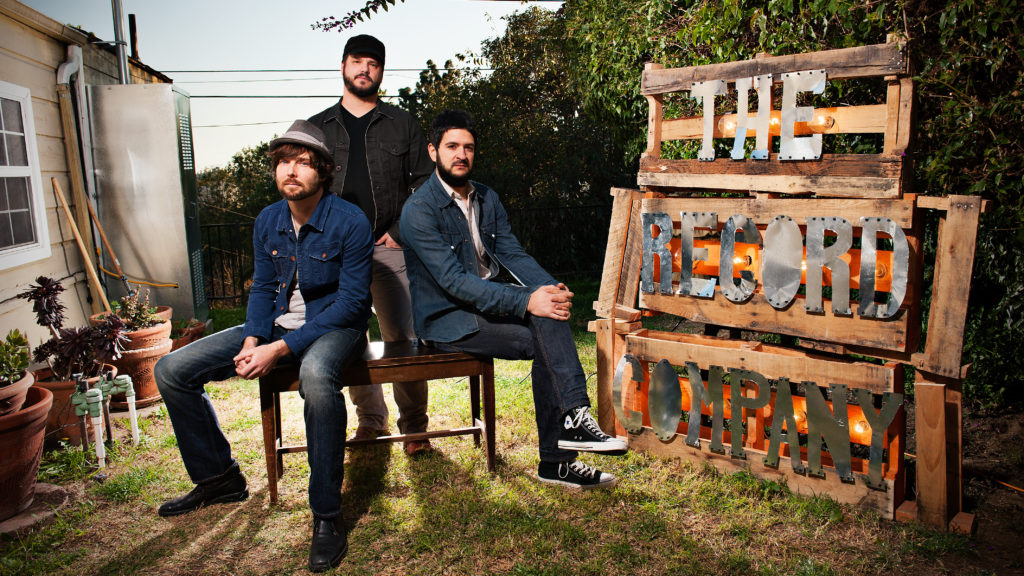 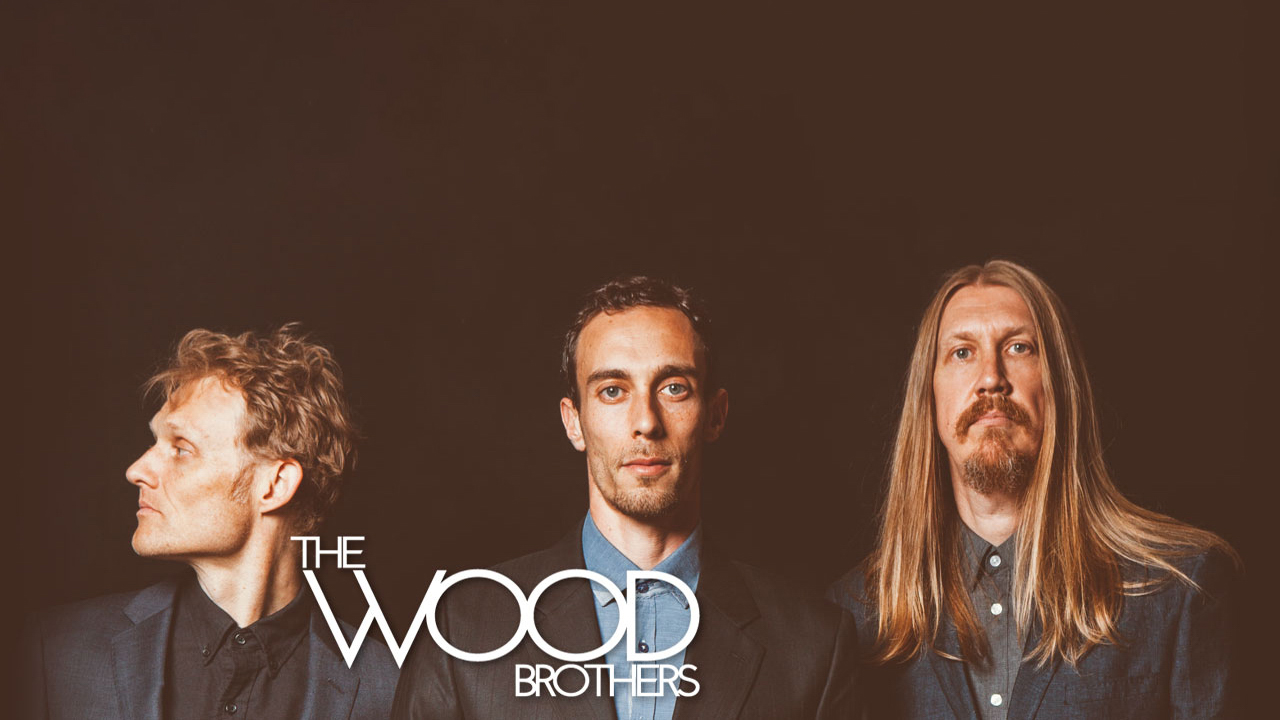 ‘Paradise,’ an album about longing and desire and the ways in which the pursuit of fulfillment can keep it perpetually out of our reach, is The Wood Brothers’ most sophisticated work to date and also their most rocking, with bassist Chris Wood playing electric on tracks for the first time. Recorded at Dan Auerbach’s Easy Eye studio in Nashville, ‘Paradise’ captures the latest chapter in the ongoing evolution of a band—and a family—navigating the joy and challenges of a life in music.

Dubbed “masters of soulful folk” by Paste, The Wood Brothers released their debut studio album, ‘Ways Not To Lose,’ on Blue Note in 2006. You’d be forgiven at the time for expecting it to be something of a side project. Chris Wood already had legions of devoted fans for his incomparable work as one-third of Medeski Martin & Wood, while his brother Oliver toured with Tinsley Ellis before releasing a half-dozen albums with his band King Johnson. Almost a decade later and with drummer Jano Rix added as a permanent third member, it’s become quite clear that The Wood Brothers is indeed the main act.

‘Paradise’ follows the band’s acclaimed 2013 release ‘The Muse,’ which was recorded almost entirely live around a tree of microphones in Zac Brown’s Southern Ground studio. Hailed previously by the New York Times for their “gripping” vocals and by the LA Times for their “taught musicianship,” the live setting proved to be a remarkable showcase for the brothers’ live chemistry and charismatic magnetism. Taking a different approach to their sixth studio album, the decision to record in Nashville was no coincidence, as ‘Paradise’ marks the first album written with the entire band living in Music City.

Learn more about The Wood Brothers. 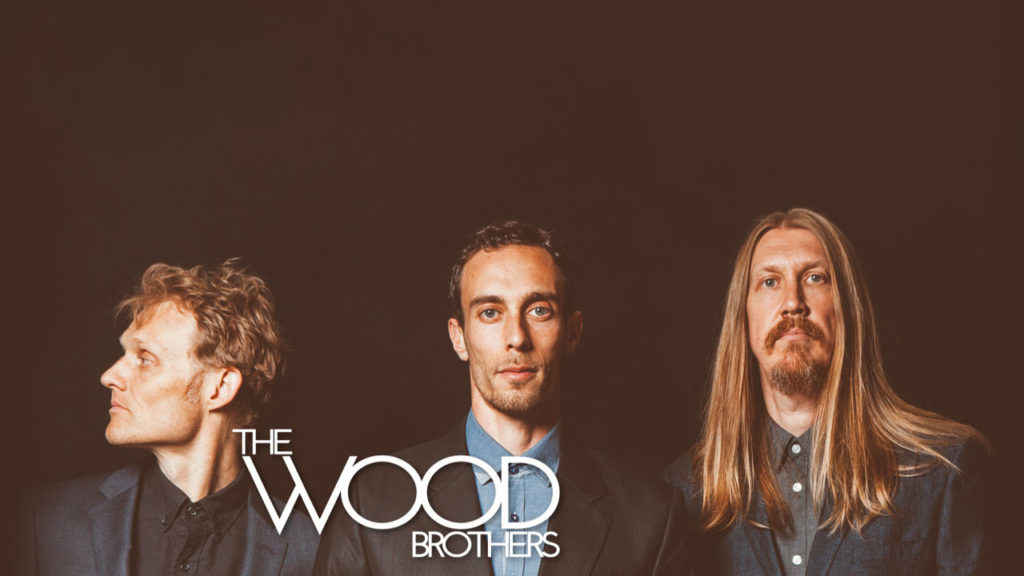 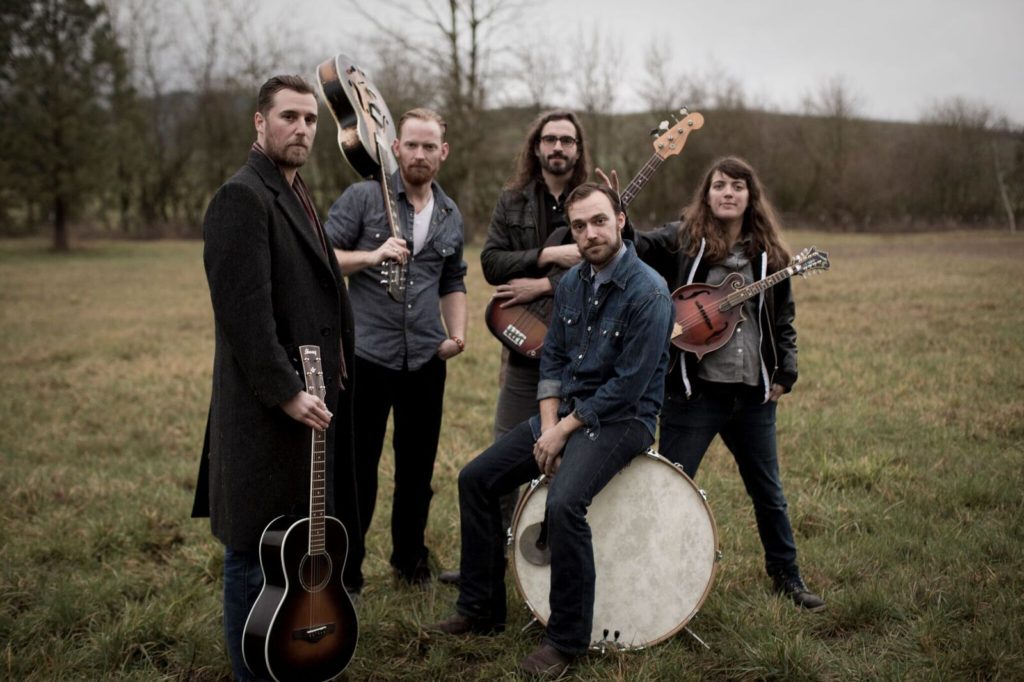 The first time they ever made music together, Fruition’s three lead singer-songwriters discovered that their voices naturally blended into beautiful three-part harmonies. In the eight years since that impromptu busking session, the Portland, Oregon-based quintet has grown from a rootsy, string-centric outfit to a full-fledged rock band with an easy but powerful grasp of soul, blues, and British Invasion era pop.

On their new album Labor of Love, Fruition shows the complete force of their newly expanded sound, matching their more daring musicality with sophisticated, melody-minded song craft. The album subtly imparts the sense of being swept along on a journey, one reflecting an open-hearted spirit that sets in from the first notes of the dobro, mandolin and electric guitar driven title track, carries on to the sleepy soul of “Santa Fe,” and unfolds into the epic balladry of “The Meaning.”

“A common theme for all three songwriters is trying to embrace being out on the road all the time, but also feeling like you’re missing out on the everyday lifestyle that most people get to have,” says Leonard. Embedded within that tension is a wistful romanticism that imbues many of the album’s songs. “Most of the love songs are very much about those rare moments of getting to be with the people you love,” says Anderson. “And then other songs are about coming back to the people you love, and trying to deal with the strange ways things change because of being apart.”

After releasing their debut EP Hawthorne Hoedown in 2008, Fruition moved from busking on the street, to scraping their way onto the lower levels of festival lineups, to opening tours for bands like ALO and Greensky Bluegrass and onward, to being invited to play bigger festivals with ever bigger billing on those lineups.

Last year saw them appear at Bonnaroo, Northwest String Summit and Telluride Bluegrass where Rolling Stone cited their artful choice of covers and “raucous originals filled with heartfelt lyrics and stadium-worthy energy.” This year will see them share a Red Rocks bill with JJ Grey and Mofro and The Infamous Stringdusters, along with a full headline tour of the United States.

That breadth of touring experience has steadily reshaped the band and ultimately allowed them to achieve a sound they’ve long aspired toward. “We all tend to write on acoustic guitar and let things start in the same stripped-down, folky sort of way that we always did,” says Naja. “So where the songs come from hasn’t really changed much at all. What’s different is where we let them go from there.”